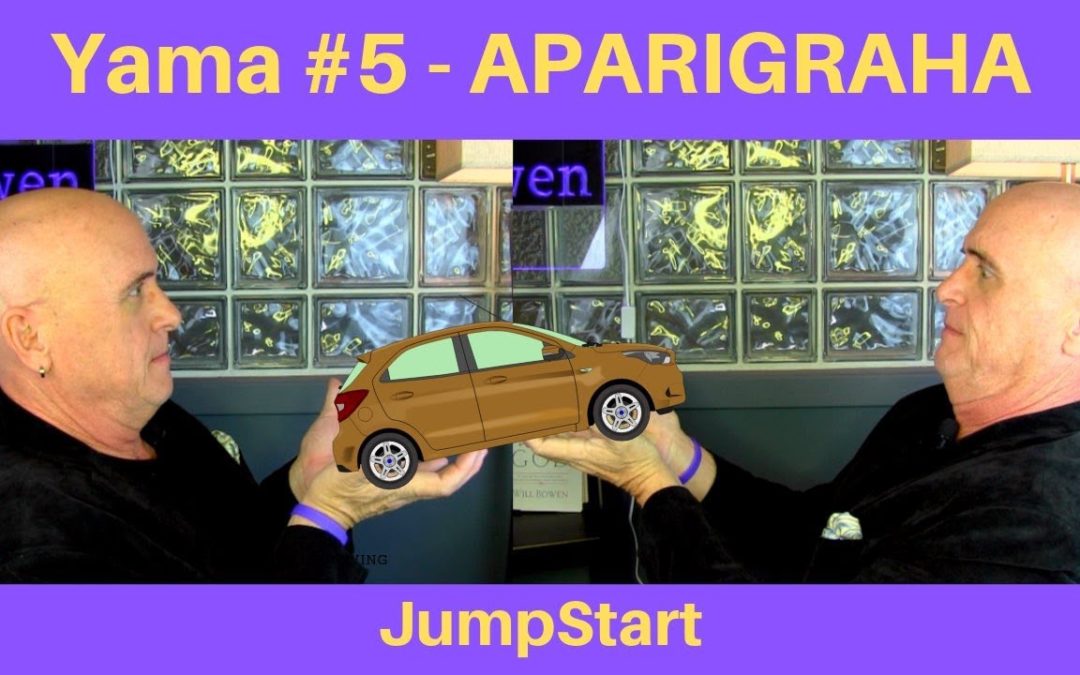 “She’s got that Midas touch” someone says when a coworker scratches off her second winning lottery game card of the week.

“Everything she touches turns to gold.”

People use King Midas as an example of someone who was very lucky because literally everything he touched turned to gold.

However, King Midas’s story is actually a quite sad.

Because everything Midas touched turned to gold, when touched his beloved daughter he killed her.

In the end, “Lucky Ol’ King Midas” starved to death because any food he touched changed into gold.

It’s normal to want MORE but being attached to stuff never brings us happiness – – it just brings more craving.

Today, let’s discuss the fifth and final Hindu Yama (“thou shalt not”) APARIGRAHA and the benefits of living a life of non-possessiveness and non-greed.

Remember to post your questions and comments — I respond to them all personally.

BTW, you’ve probably noticed that I don’t accept outside advertising — that’s because cool people like you share these messages with coworkers, friends, and family who will often hire me for speeches, purchase my books, Complaint FreeⓇ bracelets, and online programs.

So if this post inspired you, touched your heart, or expanded your mind, please do everyone a favor and share it with at least one other person whom you think would like it as well.