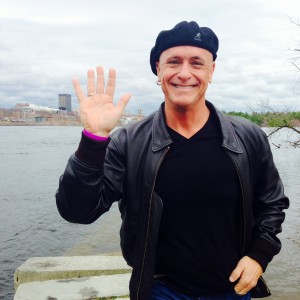 Day 5 Complaint Free. How’s it going for you?

I’m in New Hampshire making a short film on how the Complaint Free World program can transform a failing middle school. It’s interesting, the principal had me individually interview her teachers who have the most positive attitudes and the teachers who seem most negative.

Here’s the interesting part: BOTH the upbeat people AND the chronic complainers expressed a belief that THEY ARE POSITIVE people. This was true even with the ones who made the room itself vibrate with negativity.

It shows me that we need to have compassion for negative people. They THINK they are positive; or, at the very least they believe that they are “realistic.” Negative people aren’t “bad” or “wrong,” they’re just asleep.

And, the more people positively awaken around them, the more they will open themselves up to what’s present rather than focusing on what’s absent.