The NEW YEAR begins and you resolve that a NEW YOU must accompany it. You make a list of all of your perceived deficiencies, factor in input from society and suggestions from others and come up with a list of resolutions—things you plan to radically change about yourself in the coming year.

So, what’s the best way to assure that someone fails? Overwhelm them with tasks. Give them a very uncomfortable job (like trying to make major changes) give them a deadline (New Year’s Day) then offer no option for stumbling along the way to success.

Next, get everyone else’s ego involved. Get EVERYONE to make overwhelming resolutions such that everyone secretly—or not, knows that it’s all a game anyway. It’s not that people can’t change. It’s that so many big changes all at once stack the deck assuring failure.

But just like any drug there is a big crash after this rush of dopamine. Now, we’re faced with the commitment, which has now become an overwhelming assignment. We no longer feel the giddy anticipation of action. Rather, we feel a pang of fear and dread.

Making New Year’s resolutions will give you a shot of bliss—but that’s as good as it gets. You’re then stuck with taking action—new and uncomfortable action.

So, resolutions are broken—so what. 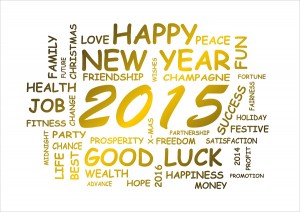 SO WHAT? So…when you make a resolution you are making a promise to yourself. When you break that commitment, you are cavalierly walking away from yourself. You may even think, “Oh what, the hell—nobody succeeds at New Year’s resolutions.” You’ve now established a pattern of behavior whereby a commitment to change is readily tossed aside.

Let me repeat that—you’ve broken a commitment to yourself! The one person you need to count on—you, asked you to do something, you agreed and then you welched. This causes you not to trust that person in the future even if that person is you!

So what you can you do? Consider that rather than making a list of things you should do, ask yourself, “What one word encapsulates the greatest positive shift in my life.”

Go into prayer. Ask your soul for the one attribute that, if it were expanded in the coming year, would cause you to become your highest self.

People who have done this, have been guided to spend the entire coming year focusing on words such as “love,” “inspiration,” “confidence,” “abundance,” “forgiveness,” “health,” and “success.”

Once you’ve discovered your word for the coming year, 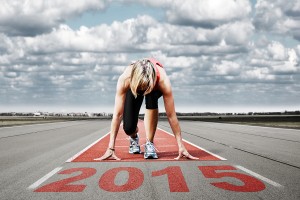 The whole point of this exercise is to remind yourself that, regardless of your dreams and desires, your soul has a path. If you follow this course it will take you on the most direct course to what you seek but, more importantly, it will transform you in the process assuring that your success will not only endure but that you will enjoy it when it arrives.