It’s after midnight and I just had dinner–my days and nights are off. 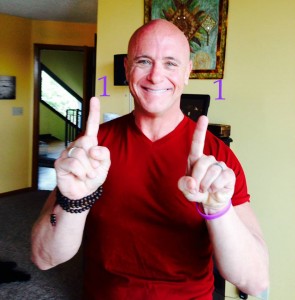 I’m on Day 11 going 21 days without complaining. As you probably know, I had rotator cuff surgery three weeks ago–it’s as painful as people say. Most nights I don’t sleep much and most days I’m sleep deprived.

I have several exciting projects I’m working on. However, I can’t type and it’s a challenge to even think coherently sometimes because of the pain medicine.

The cool thing is that I have received several phone calls over the last few days from people who have told me how much my work has meant to them and to others. One young man called to say that he is introducing the Complaint Free concept to gang members in Los Angeles.

One librarian is working to get her entire city Complaint Free. And another woman is using my books on happiness to teach others how to become happier.

I’m truly grateful that these demonstrations of appreciation for my dharma are coming during a time when I’m feeling somewhat limited and in pain.

Not surprisingly, during this recovery time my mind has been on fire with new ideas. ••Sometimes both the hardest and most important thing we can do is to sit still.**